Hear Tracey Thorn’s “Oh, the Divorces!” from “Love and Its Opposite”

More than, perhaps, any other songwriter, I’ve found Tracey Thorn’s songs from the past three decades to be consistently evocative. Every album has something that ignites my memory or feeling, and her new one is no exception. Love and Its Opposite is due in May, and its first track, “Oh, the Divorces!” isn’t a pop song; it’s a panorama of adulthood’s disappointment. Click here to download it as an MP3.

Mar 8, 2010 By Ricky in Books, General, Technology No Comments

This is the best use I’ve seen of Google Street View. 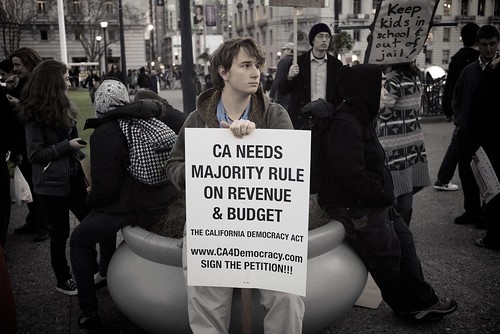 I’m a big fan of Yanidel’s photo blog of his street photography in Paris. I’ve long tried to get a similar look to his photos by decreasing the desaturation slider and then selectively increasing the saturation of colors or spots in my photos. However, I’m nowhere near as good at it as he is. I recently posted on DPReview’s forum about this issue, and Ian Wood responded to me by creating a few Aperture presents that achieve a baseline for Yanidel’s look. You can download the Yanidel Street Photography presets for Aperture. I tested them out tonight, and you can see the results here.

I’ll be writing about Canada’s hockey victory at the Olympics shortly. In the meantime, enjoy this piece and the following line by Adam Gopnik on the subject:

Anything that depends on a single bounce or giveaway, though it can fairly be called victory, can’t really be called a triumph. But anyone who didn’t understand the role of hockey in Canadian life at least got a glimpse yesterday.

I just recalled one of my favorite quotes from anyone: Ricky Moody in an interview with the Times Book Review stated his aspiration to “save lives” with his fiction. After all, why shoot for anything less?

I still want short stories to save lives. I want people to feel about the short story the way they feel about “Strawberry Fields Forever” by the Beatles, like their lives were changed by it in some way. And that requires I think a real commitment to dealing with . . . you know, the human passions and not being . . . not feeling that that’s in some way uncool.

Sam O’Hare spent a week making a neat video of New York City. He shot the entire thing with consumer-grade lenses on a Nikon D3 in burst mode. He added stabilization and the tilt-shift effect in post-processing. You can find more details about the production of the video here.